June 17, 2015
T: — Cary, hello, did you enjoy coffee at this morning hour? What’s your take on the following simple question? Why so simple tool, as meditation for cleansing overloaded chakra points was lost, forgotten or hidden from people? I am sure that easy and effective ways of cleansing were  known by advanced seers, psychics, magi, shamans, alternative healers, members of secret societies always — back in past, and today alike.  As Leslie Flint put this, the knowledge has been fallen through the cracks. How comes? How it was lost or “forgotten” or hidden?  Something is fishy here. This loss can be compared with the sudden loss of knowledge how to make soap. Imagine our planet with out soap in some days from now…  But cleansing of chakra points may be even more important for freedom and well being of an individual.

Cary:  Ask your guides. I am worried by my slow progress in afterlife.

T: — Maybe you want to meet Gogol, this will be my gift to you. He has been through most challenging and  difficult and advanced incarnations. He knows so much more than he talks about. He revealed for “Prisoners of Fame”  that spirit has no means to help his or her overload around the channel’s mouths,  mostly around solar plexus and heart. The stuff restricting influx of cosmic energy can be get rid of only on earth. However, if spirit will find real work in afterlife, whatever it happens to be, it will completely change his career prospects on earth. In other words, it will change his or her destiny on earth, allowing to create successful career and happy personal life. Do you want to meet Gogol?

C:  — Of course, and I will share what he will get from him?

After about ten days, Cary told me the following.
Cary: — The issue in question was wiped away from the table of our opportunities when the preparation started to handle  upcoming uncontrollable growth of human population on earth. The corresponding knowledge was “forgotten” by the simple reason: inevitably, it would lead to loss of control over swelling human masses.  It was hidden so profoundly, that despite staying openly under the nose of all the great gurus through all the times on earth. They were blinded regarding it. For some reason, it looks that the time is near when these blinds has to be removed. As nature resources shrink, people have to be able to help themselves.

T: —  The removing of blinds started with revelations of video “Secret” ; it brought fame to the brave speaker and story teller David Icke, it comes through via  public’s extraordinary interest toward ancient occult knowledge all over the world.

Cary: — Now, the instruction to you, a specific one…  the rest of your life you will work only on this topic and nothing else. 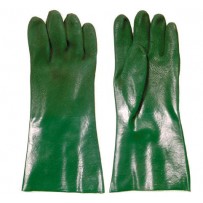 Gloves
More about the strange confrontation with a homeless lady  at 7 am on the cross of LaBrea and 4th street. Yes, the huge and shiny Lenin’s head in front of the Ice Museum, judges day and night the capitalism,  calling us, the runaways from socialist paradise, the traitors.  I reached the crossing line. A homeless woman was slowly pushing her heave overloaded cart on the same cross of the LaBrea and the 4th Street. She stopped close to me. And I couldn’t stop the temptation to tune in and look at her with my mind’s eye. Around her neck, there was a blackish-grayish misty “scarf” covered with fatty warms. I sent Light to her. But … of course, my  energy was not strong enough to make a difference. Light killed some warms only, this was all it did… How to help homeless, how to be sure that you are not taking over the sufferer’s energy, not being even aware of it?

Thomas: — My name is Thomas!  Golden girl! You are not ready to heal the homeless. I do not allow you to do it.  Continue doing readings, mostly for free…  Look at these gloves on my hands? Look what I gathered from your neck after you imagined that you had sent some to Light asking Light to melt them away? You took the worst thing possible onto yourself!  Look, I am tossing these gloves into LIGHT. Did you see it?
Tatyana: — I do.
Thomas: — Do you want me to ease your situation with a myriad of protective walls from many civilizations that you have built attempting to do the psychic and medium’s work?

Tatyana: I do. I suspect that the English gentleman Clive* was right asking, “Friends, protecting ourselves with invisible walls before psychic classes, collective meditations or healing session begins, against what we are protecting ourselves? I think, we protect ourselves against Light. Meditating, I see “grayish light” firstly quite a long time before it turns into gold, or shiny violet. Now I see a grayish Light”!

Thomas: — It is dust from eternity clouds! Wait! Now I made the dust to move!

Tatyana: — The golden Light was filling the space, and I was swimming in that Light!

Thank you, Thomas for help!